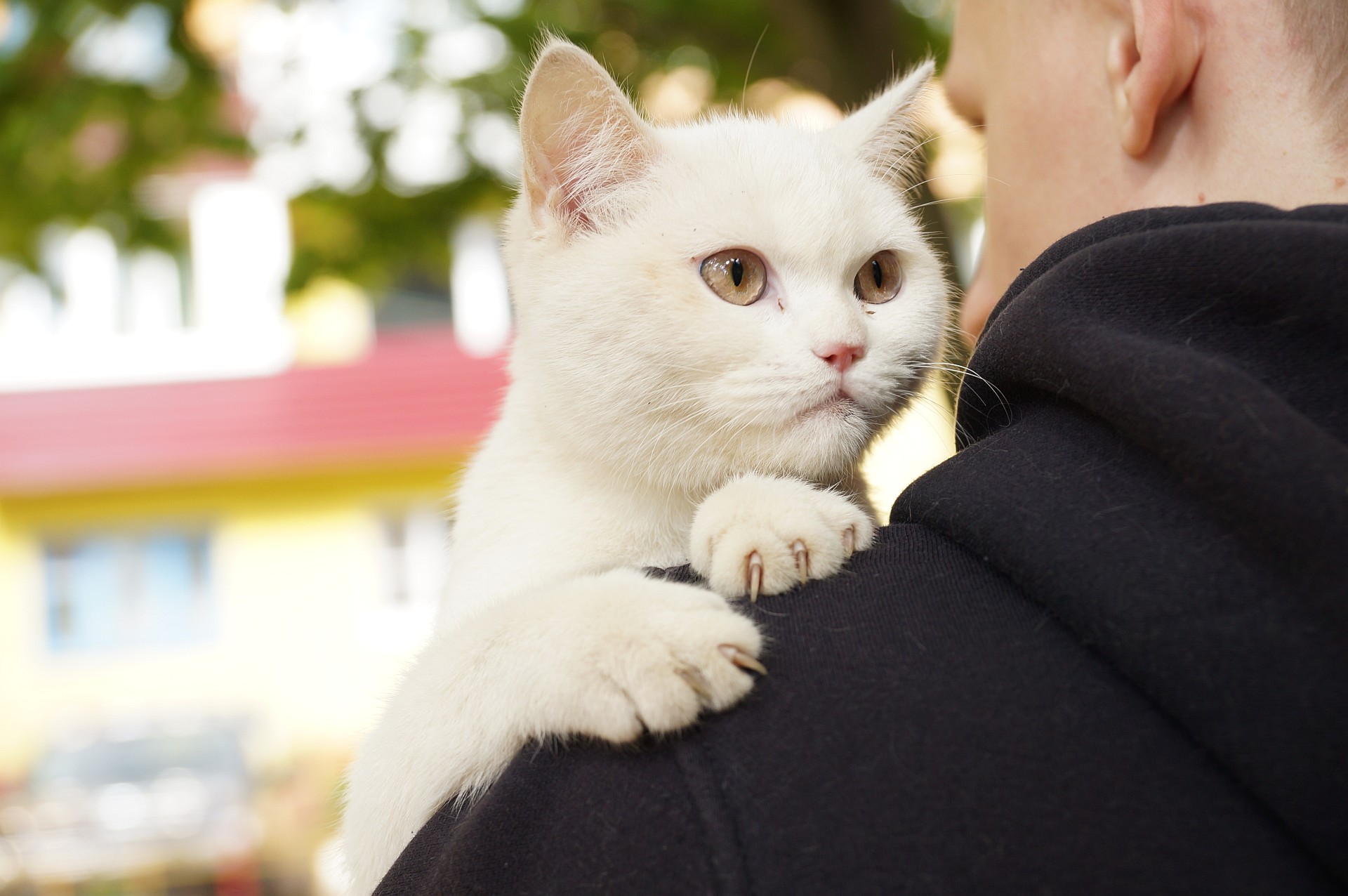 One fine day, at the end of the May 2017, Skovorodnik appeared in our yard. He stayed put beside the building front door, didn’t go anywhere sitting right where he was sat… He was an adolescent kitten, resembling purebred britain cat, with funny flat face. He was very hungry.

We immediately took him home, honestly tried to find his owners on the local social network. So cute small kitten couldn’t be on his own. Later we understood that he didn’t stray, he was sat beside our porch deliberately, because people in our and adjacent yards know that we take part in life of homeless cats.
He was a little dirty, it is unknown where and how he lived. It seems that he was taken as a small purebred kitten and later was banished, when his owners became tired with playing.

We put him into the cage in our cats’ room. We must prevent him from contacts with other cats until we become sure that he has no diseases and he gets inoculation.
He appeared to be an active, agile and, in general, healthy kitten with a good appetite and stool.

We have treated him from fleas and helminths and have inoculated him.
Since the time we began to find an adoption for homeless kittens there were many small and cute kittens but there was no one purebred.
Despite the temptation to leave this kitten for ourselves we made PR pictures and published the post on the Internet.

Now Skovorodnik is still sitting in the cage. Affectionate, tame kitten is reaching out his little paws from the cage and waiting when someone make a call for him.

UPDATE 27.07.2017
20.07.2017 we took a kitten with a wobbly kitten syndrome and we needed a free cage.
So, Skovorodnik was released at the very same moment.
At first time he couldn’t realize – what to do with all these freedom, but now he is fully socialized and lives in our big, rather friendly pile of cats.
It seems that during these two months he has become twice larger and now, our former king – Timophey have faced some rivalry.
Skovorodnik is one of our most affectionate cats. He and Galaxy are two cats that extremely friendly to humans.

UPDATE 13.09.2017
Skovorodnik is a good, tame cat but he began to make problems recently.
It is sad that we can’t find a home for such human-oriented cat and he is forced to live in tightness.
Because (as we think) he has come in age and because of tensions in relationships with Timophey Skovorodnik began to defecate and piss on inappropriate places. Actually, he pissed all over the cats’ room and partially us.
We have neutered him and hope it will help.
Unfortunately, Timophey makes problems for some cats. It seems he especially doesn’t like white animals. We already had similar problem between Timophey and SlowMo. 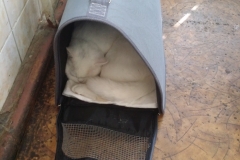 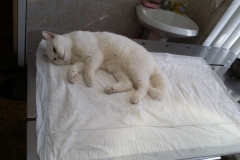 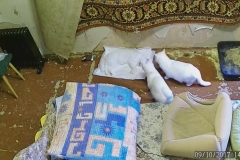 UPDATE Summer 2019
Skovorodnik is still with us, he lives in cat’s room and still fights, but now he has another adversary – Ryzik II, whose rather sad story is yet to be published…
Unfortunately Skovorodnok didn’t stop to piddle and poop on inappropriate places… And his overall behavior isn’t very good, but it has too cute face to be punished. 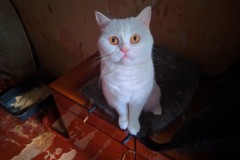 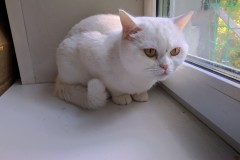 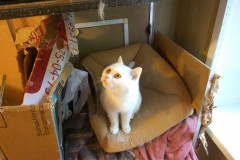 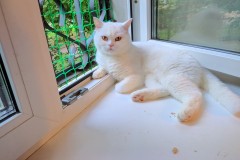 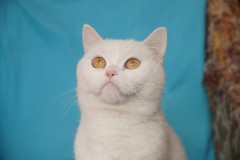 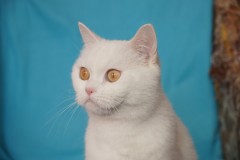 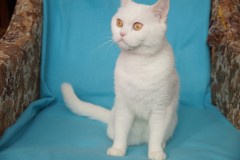 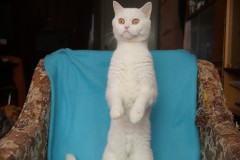 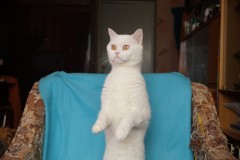 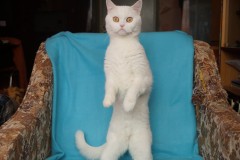 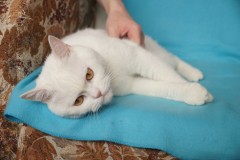 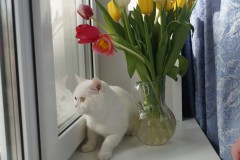