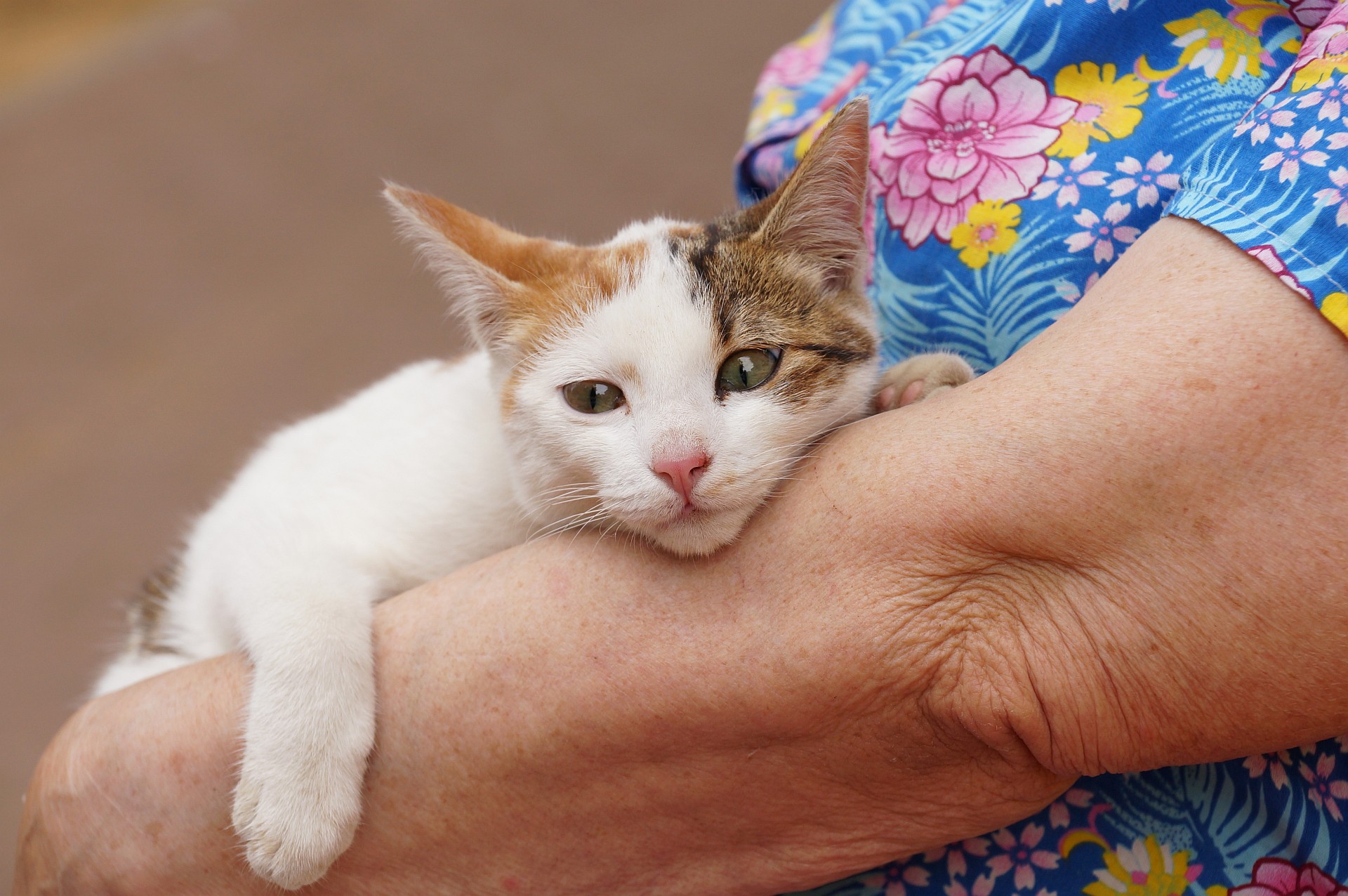 One morning in the summer of 2017 someone left her in our yard. We can say it with high probability because she was extremely tame cat and she sat on the bench didn’t dare to move anywhere.
When we first time saw how children play with her we really thought it’s not a live creature but some kind of toy.
She was like a piece of cloth, a rag. She were already so tired that almost didn’t move and allowed children to do what they want.
Of course a thought that animal is tired and want to eat didn’t came to their heads. So they just coddle the cat all the morning and finally she just hang on their arms.
This is why we gave her a name Tryapochka (a little rag, little piece of cloth).

With help of Aunt Valya we took the cat away from the children and made a few shots.

We tried to get some attention to this cat on a local social network.
We pointed out that cat is too tame to live on the street and she already attracted attention of children, which is not good for her, but there were no immediate reaction and we decided to take her home because she evidently was unprepared to live outside.
Her life would have ceased after the first encounter with a stray dog or a human in a bad mood.

We put her in a cage where she have spent about two months, sometimes alone sometimes with one or another kitten which in abundance passed through our flat that summer.
Despite her incarceration she manifested herself as a very tame and playful animal. She also showed soft and compliant temper in relationships with other cats so we had no doubts that she could be adopted into the variety of conditions.

Once in August 2017 we had a call from a woman who accidentally saw our post on Facebook about out Little Rag.
She was particularly touched by the cat’s name 🙂 (And, jumping ahead of the story, it was the only time when the new owners haven’t changed the name.)
By most of the criteria this woman was a good candidate for adoption. She had a few animals already, particularly one cat, so she knew how to deal with them. She wasn’t too young and she had enough space for all her animals.
But there were two problems.
Among woman’s animals there were dogs. Two of them are rather large and we wasn’t sure that it is a good idea to test the ability of Little Rag to get along with different animals to such extent.
Another problem was location. Woman lived on the other side of our region so it was difficult for us to move cat there.

But finally we decided to do it because if everything went OK our Little Rag would have a great place to live.
And this was a good decision. 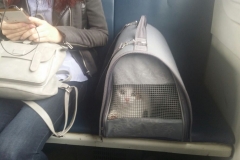 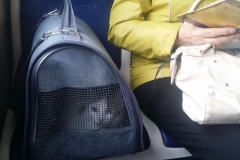 At the beginning we had a treaty that the cat would be adopted only if she successfully passed all medical tests, during which she would sit in quarantine, but Little Rag was so cute that quarantine had been broken long before she got to the vet clinic 🙂 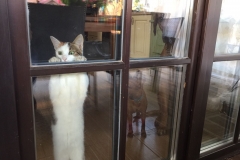 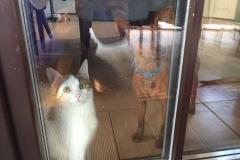 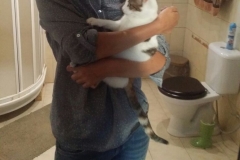 It turned out that large dogs in this family are very calm, obedient and acting mostly like nice furniture 🙂
So Little Rag has no problems with them.

There are also one small doggy which is agile and always in search for adventures. Little Rag and small doggy became good friends.

A few weeks after adoption Little Rag’s house experienced the invasion of mice.
Surprisingly, our gentle cat revealed serious hunting skills and caught many of them. 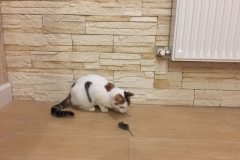 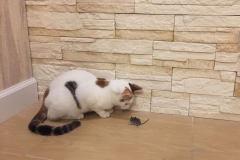 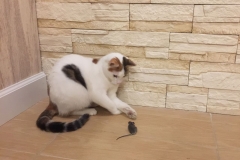 Little Rag was spayed and now lives happy life in a spacious house.
We are, of course, also very glad that this nice cat got her chance for a long, comfortable life. 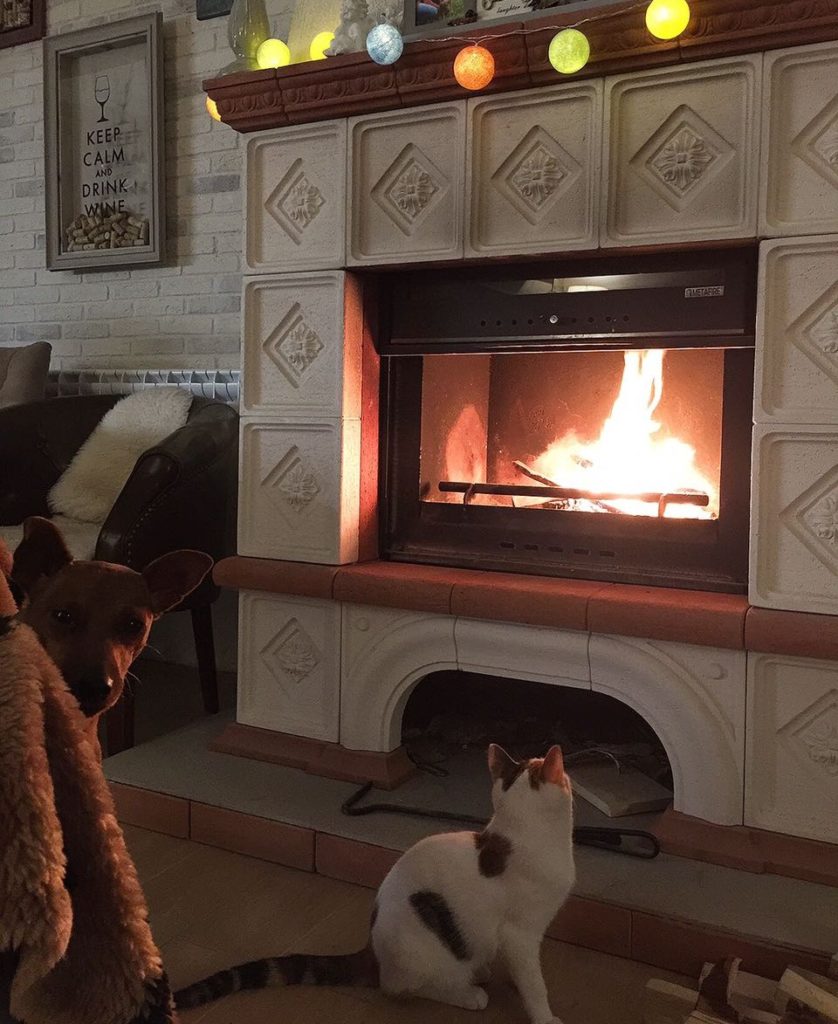 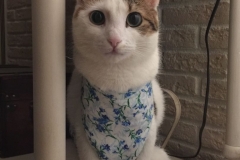 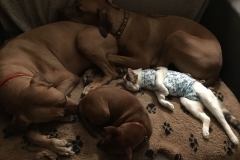 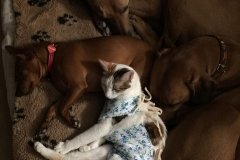 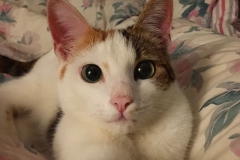 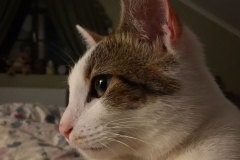 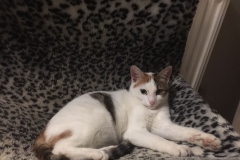 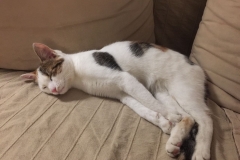 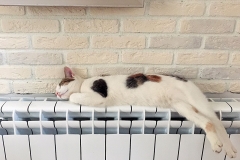 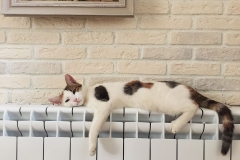 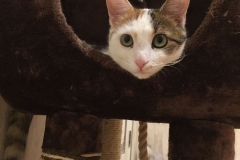 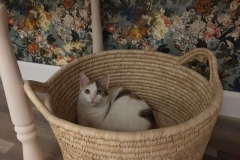 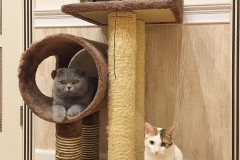 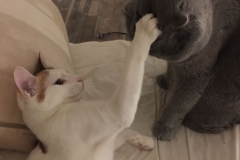 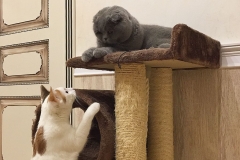 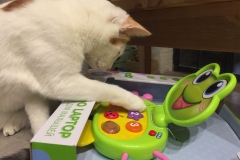 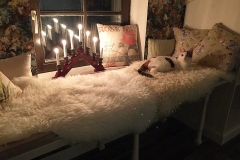