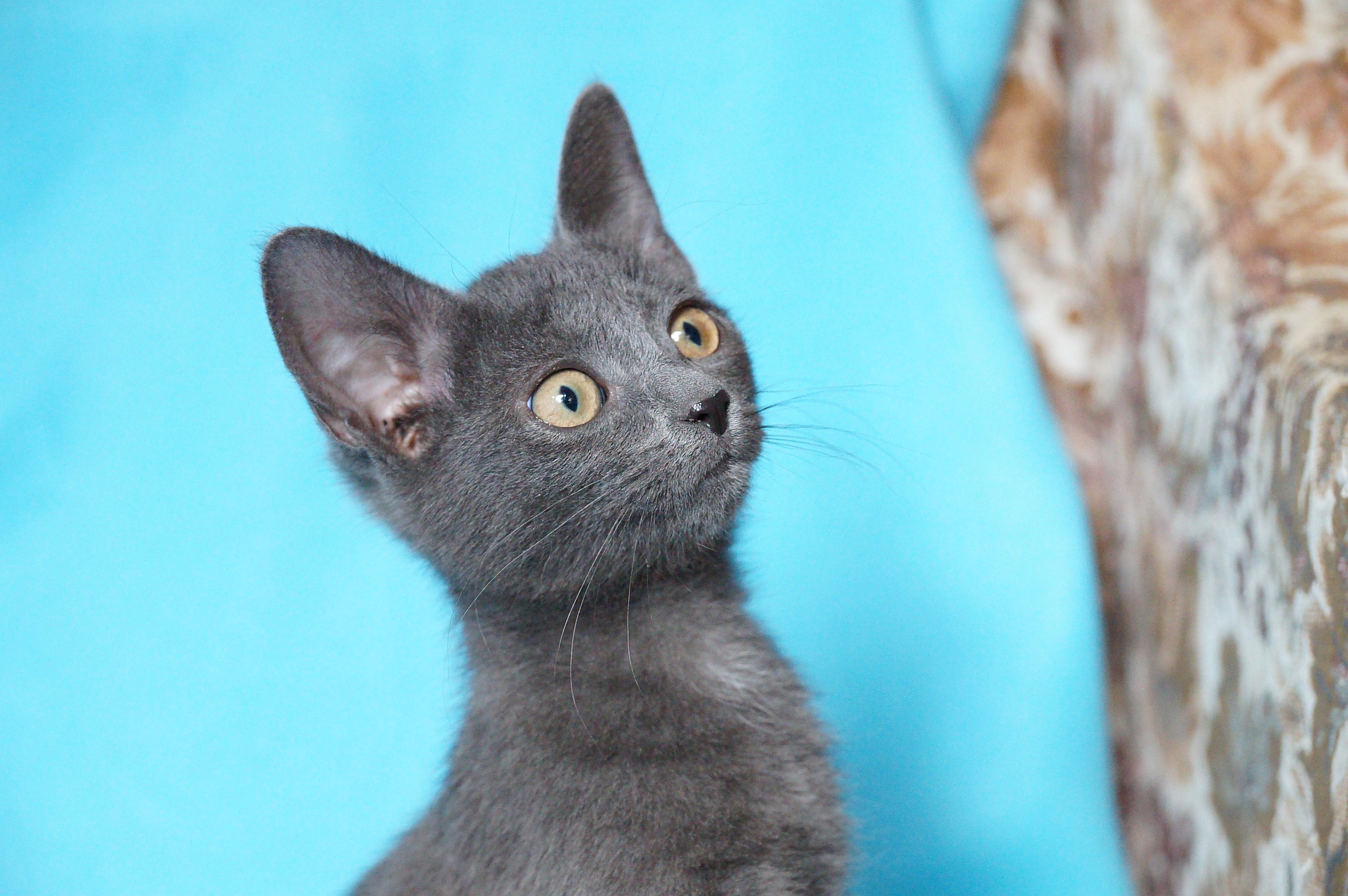 Banditka was found by teen-girls in the adjacent yard when we was picking up Timophey, Belobrysska and Vesnushka.
So, apparently, she wasn’t from these family and didn’t sit in the box with others.
She also was slightly larger than other kittens.
We looked for other kittens but couldn’t find any more.
Banditka was put in the cage to other kittens. 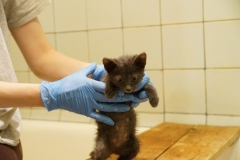 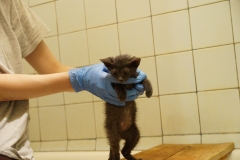 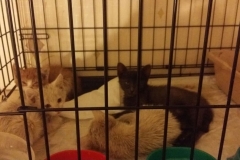 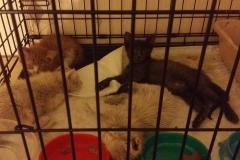 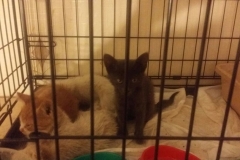 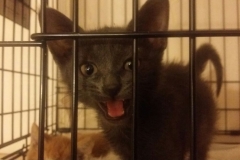 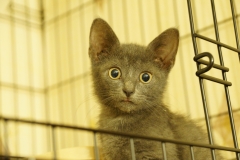 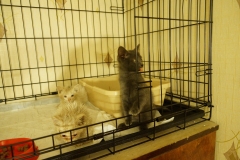 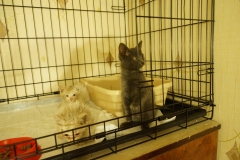 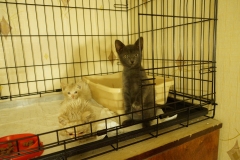 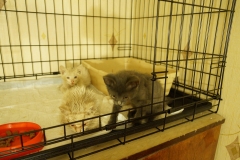 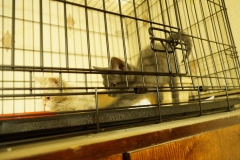 She was quickly adopted. We’ve made only one photoshoot for her and she had been adopted before we realized that other kittens have lichen, but, as we know, she didn’t cause any problems in the new home so, apparently, she was healthy. 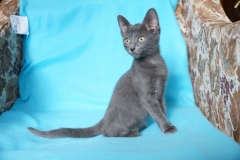 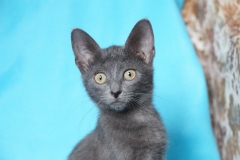 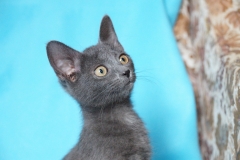 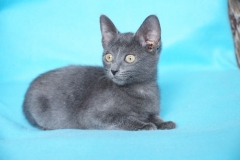 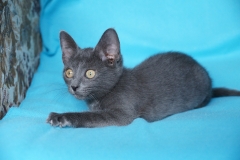 We personally carried kitten to the new home to the married couple into the company of two highbred cats.
We had some acquaintance with these people and we knew they love cats. So we were sure they would be kind to Banditka so we didn’t bother them too much.
Later they send us few images of Banditka in new home.