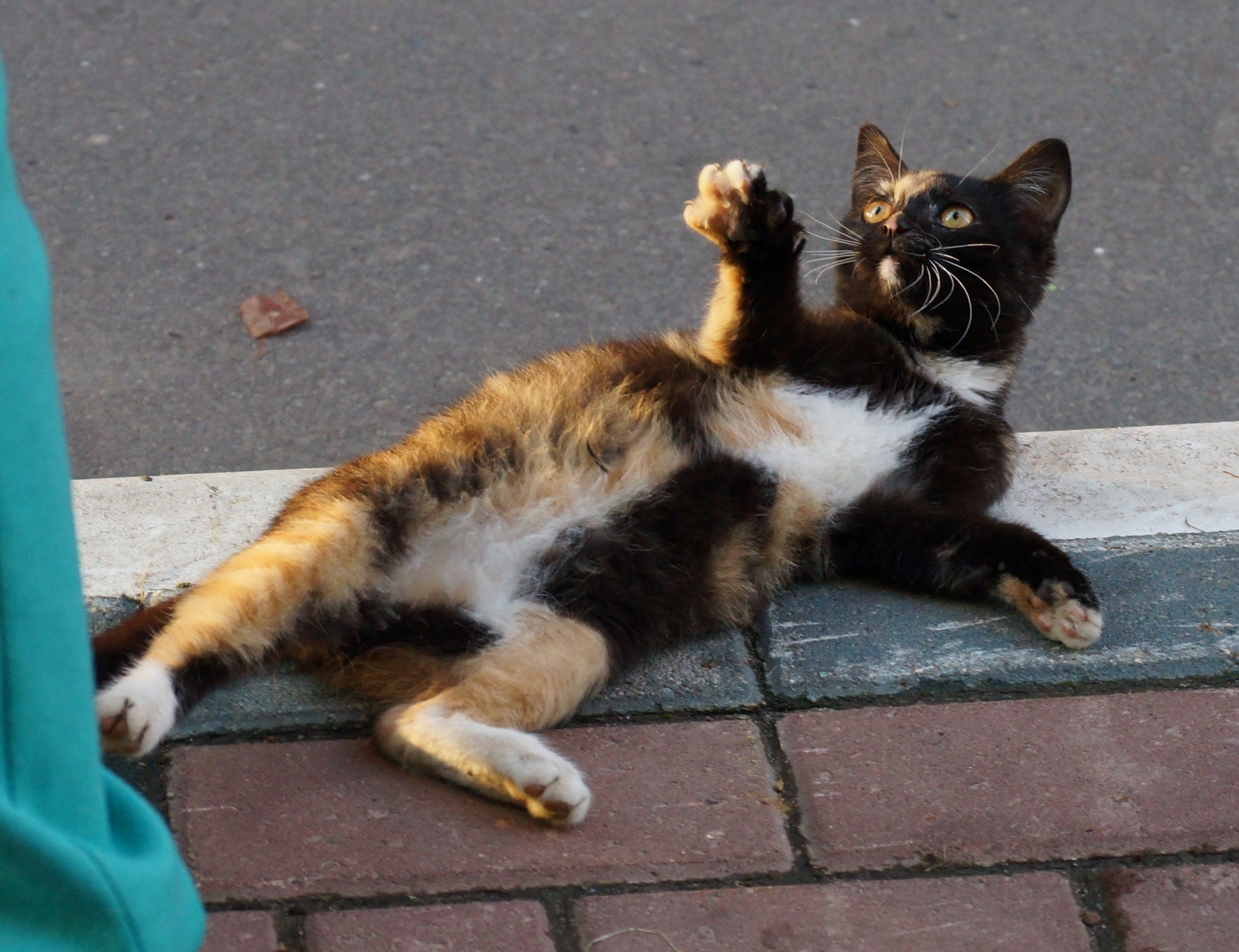 There is nothing much we can say about Chernushka.
It was rather long ago and all those times are covered with mist in our memory. Memories are vague and fragmentary.
It is one of the reasons why we are decided to create this blog – to help ourselves to remember.

The life of Chernushka was very short – she was born in the spring of 2013 and died in the “car accident” in the beginning of October.
We tried to find a home for her, because she was a tame cat. She very liked to be stroked and she even rubbed by the head any hand, that had been stretched in her direction .
We stood with this cat at the Moscow subway and it seemed that she tried to butt all the people who were reaching out for her. 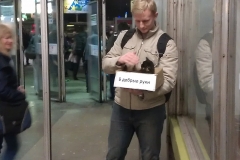 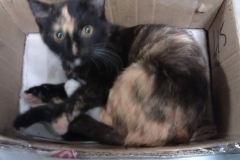 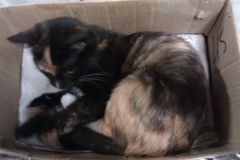 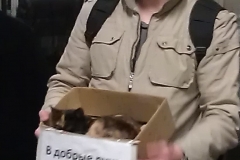 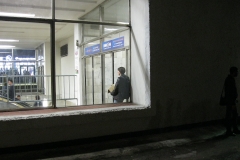 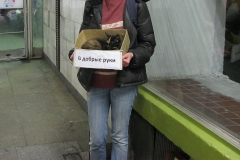 We have taken her to the Moscow twice. Stood there at the subway for a few hours and then returned back to suburb with her.
Between these voyages she lived on the street.

Chernushka wasn’t born in our yard – she was abandoned or something like that.
One day she appeared among the family of four local kittens and since that time lived in cellar. 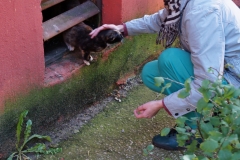 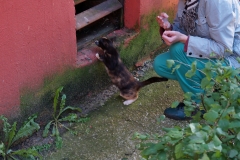 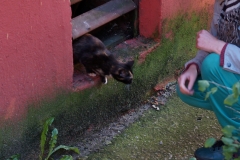 
This picture was taken in September of 2013.
Now it is almost September 2017, four years later, and only two of these cats are still alive.
Sick and scrawny Nose (we took one of her kittens recently and are aiming to catch and spay her while it is not too late) and Ginger cat which has lost his tail somehow and lives now in adjacent yard.

We haven’t seen how Chernushka died. We’ve been told about this by the local woman, which feeds cats.
She just told us that Chernushka had been hit by the car, there were much blood and that she put Chernushka in the box and carried to the landfill…

Cats have no 7 lives