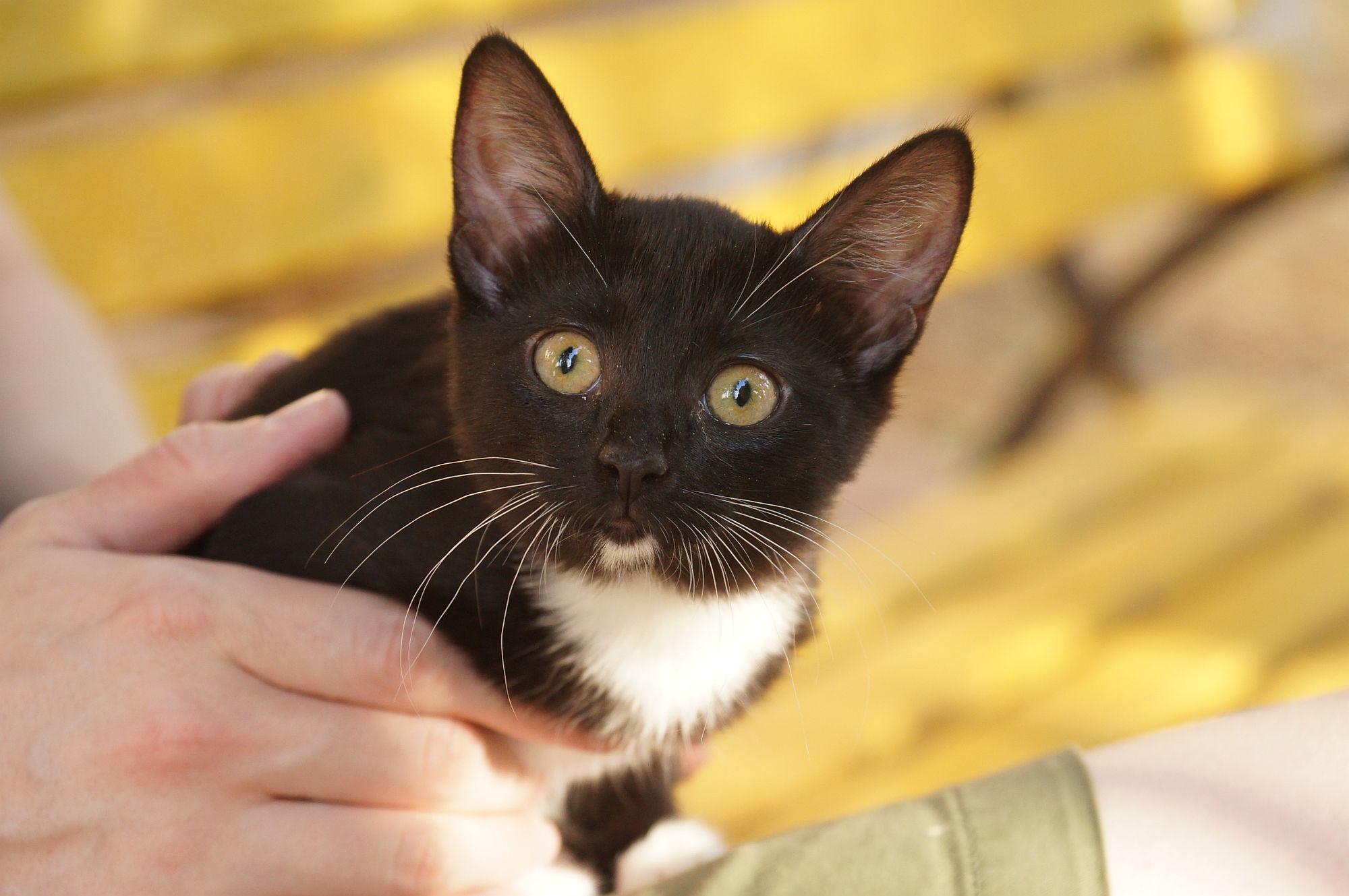 We picked him up on the street by the end of summer 2018.
A woman (which we previously had a “cat-business” with) called us and said there is a kitten dying in her yard. The kitten lay in the grass, already dehydrated and didn’t move.
We took him home – a small dirty piece of fur which struggled to keep his head up…

There was nothing special about this kitten. We put him in a cage with a few other kittens, gave food and water and his health restored very quickly.
We have no his pictures exactly after arrival, but this is the earliest that we have. 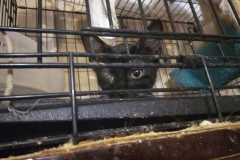 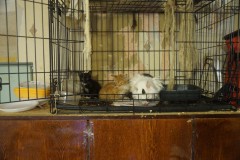 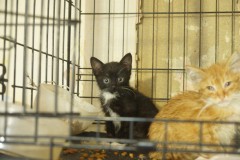 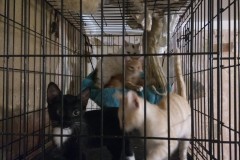 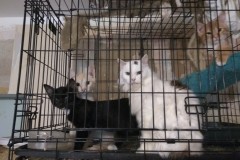 He was the last in a bunch of kittens that we had taken by the end of summer 2018. He was the 25-th cat in our flat at that moment. I hope someday I will find time and strength to write down stories of all those kittens, which were all quickly and successfully adopted except this one, Little Marquis.

After some quarantine period we let him out of the cage and he ran freely with other cats in the cat’s room.

At first he was wary and tried to keep a distance to us, but he became a normal kitten rather quickly. He wasn’t very tame but didn’t object to be taken in hands either.
His appetite was normal and we hadn’t seen any significant or long-lasting problems with kitten’s feces.

We’ve made three photo-shoots in hope to find good new owners for our kitten.
First had been taken about a month after his arrival.

The place where we sat was a noisy one and, apparently, Little Marquis felt very uneasy. As far as I remember he tried to hide under the bench all the time.

The second photo-shoot we’ve made two months after the first. This time we were at home and Little Marquis felt more comfortable. He also became considerably larger especially concerning his tail…

After a couple of months his behavior began to change gradually. He became more and more aloof. We noticed that he prefers to lie more than usual, especially for a young cat.
Actually, we suspected that he is ill, but we ourselves already had no energy to do something. We wasn’t quite sure also. He ate well enough so I thought that this maybe just some peculiarity. Maybe this is a cat-introvert, who knows.
On the third photo-shoot which took place in December 2018 he was already seriously ill.

The situation had become crystal clear somewhere around New Year 2019. During the feeding I noticed that Marquis is unable to stand steadily. His legs collapsed. He also had a strange reaction on my hand – he was frightned.
Again, it wasn’t THAT obvious. He didn’t lurch or fall somehow. He just lay down abruptly before the plate with food and wouldn’t stand up.
I never saw cats eating in this posture. There was definitely something wrong.

Now it became clear that he is seriously ill and his condition had slowly been getting worse during last months. Now we could explain the change in his behavior.
Cats do not understand the source of a problem when they get into it. So they are blaming anything around them when they feel bad.
Apparently Marquis felt fatigue, maybe something else and understood that this is wrong but he didn’t know which way danger is coming from.
So mostly he began to avoid us. He didn’t avoid other cats but it seemed they avoided him instead.
About one week before his last incarceration to quarantine we saw on IPCAM how Marquis was asking Galaxy for some compassion. Galaxy wasn’t very enthusiastic about this…

As soon as we understood that the situation is serious, we isolated Marquis from other cats and showed him to the vet clinic.

The situation with clinic is worth a separate clause.
Because we are limited in funds we usually get treatment and make tests in municipal clinic.
Actually, we usually trying to avoid visiting any clinics at all because it proved to be useless and exhausting activity.
But if we are really stumped or if we really need tests – we go to this clinic.
There used to be two shifts – one consisting of two men and the other consisting of two women.
The men’s shift was absolutely inadequate when help for homeless animals was needed.
They were always angry when saw a cat from the street. In best case they were uninterested to do anything. In worst case they insisted that stray animal, which is _suspected_ in any illness should be put to sleep. I’m serious. They proposed to put to sleep Spinka when we showed her to find out the reason of her fur condition. Spinka, to be fair, wasn’t an ideal patient but this is not the point.
After that event we contacted only with woman’s shift. They at least were reasonable people and undoubtedly good surgeons. Though diagnostics…
Diagnostics is limping both legs (or it has four of them?) in all clinics we visited…
The diagnosis usually is “I don’t know what’s happening – give it antibiotics, glucose and hope for the best”.

So, when we called to the clinic to ask when we could show Marquis we found out that there were significant changes.
There was no woman’s shift already, at least the women we knew had left this clinic already. The man’s shift also had changed.
We got into man’s shift.
The doctor couldn’t tell anything definite after a short visual examination and said that standard infection tests are needed.
Unfortunately, tests couldn’t been taken that day and the next day we couldn’t get into clinic.
At the meantime the doctor proposed to do antibiotic and glucose shots.
We did only glucose because we didn’t want to fake the tests.
After we had made the tests we began to use a full range of medicine but condition of the kitten had been getting worse rapidly.

We waited for test results about 3-4 days. During this time Marquis almost ceased to eat, revealed signs of dehydration and his urine acquire bright greenish color.
On the video below you can see how Marquis refuses to eat and other cats (Timofey is the leader, of course) are trying to steal his food.

When the test results came – they were all clear. No usual infections.
By this time Little Marquis moved very unsteadily and had emaciated look.

This time we were kind of lucky and the doctor was woman. She carefully examined our Little Marquis and said that she certainly feels liquid in abdominem. She also noted that the animal already has apparent neurological problems and the color of urine indicates the failure of kidneys.
In her opinion, considering anamnesis, there is not very much illnesses with such symptoms.
Apparently we have wet FIP on a late stage. She couldn’t tell why our tests, which included FIP, are clear…
The doctor proposed us to put little cat to sleep because he suffered and anyway should be dead in a couple of days.
We put him to sleep and took home a small roll of disposable underpad which was still warm…
We buried him the next day in the forest near other our cats, that passed away. 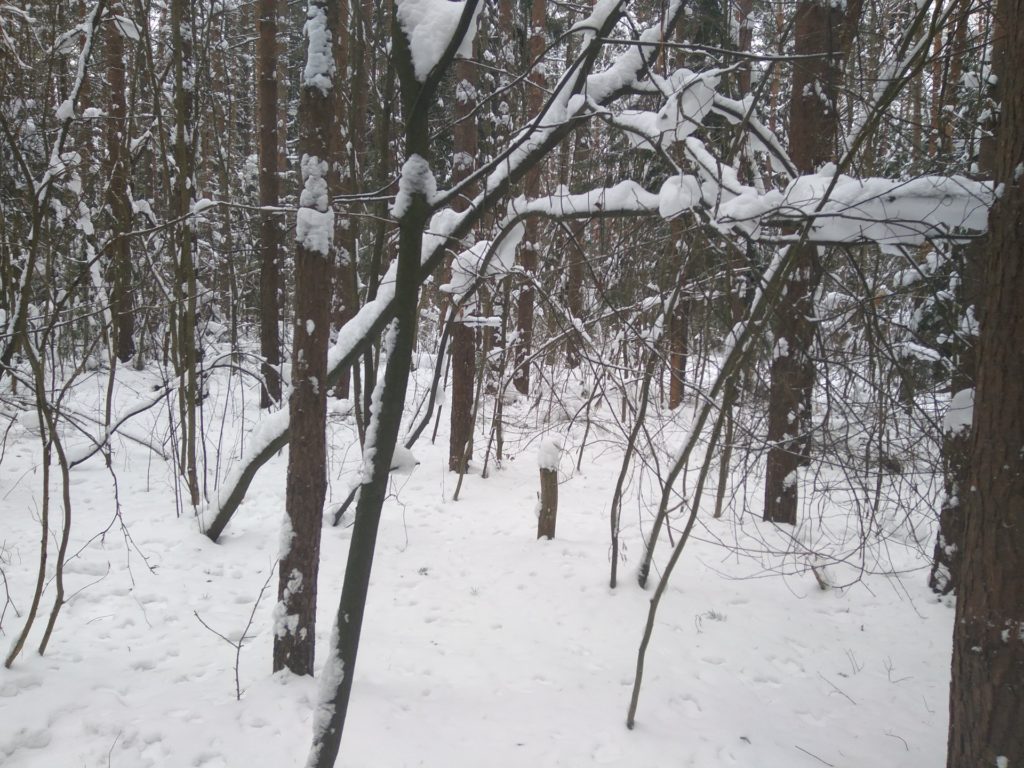 Chernushka, the cat from the box