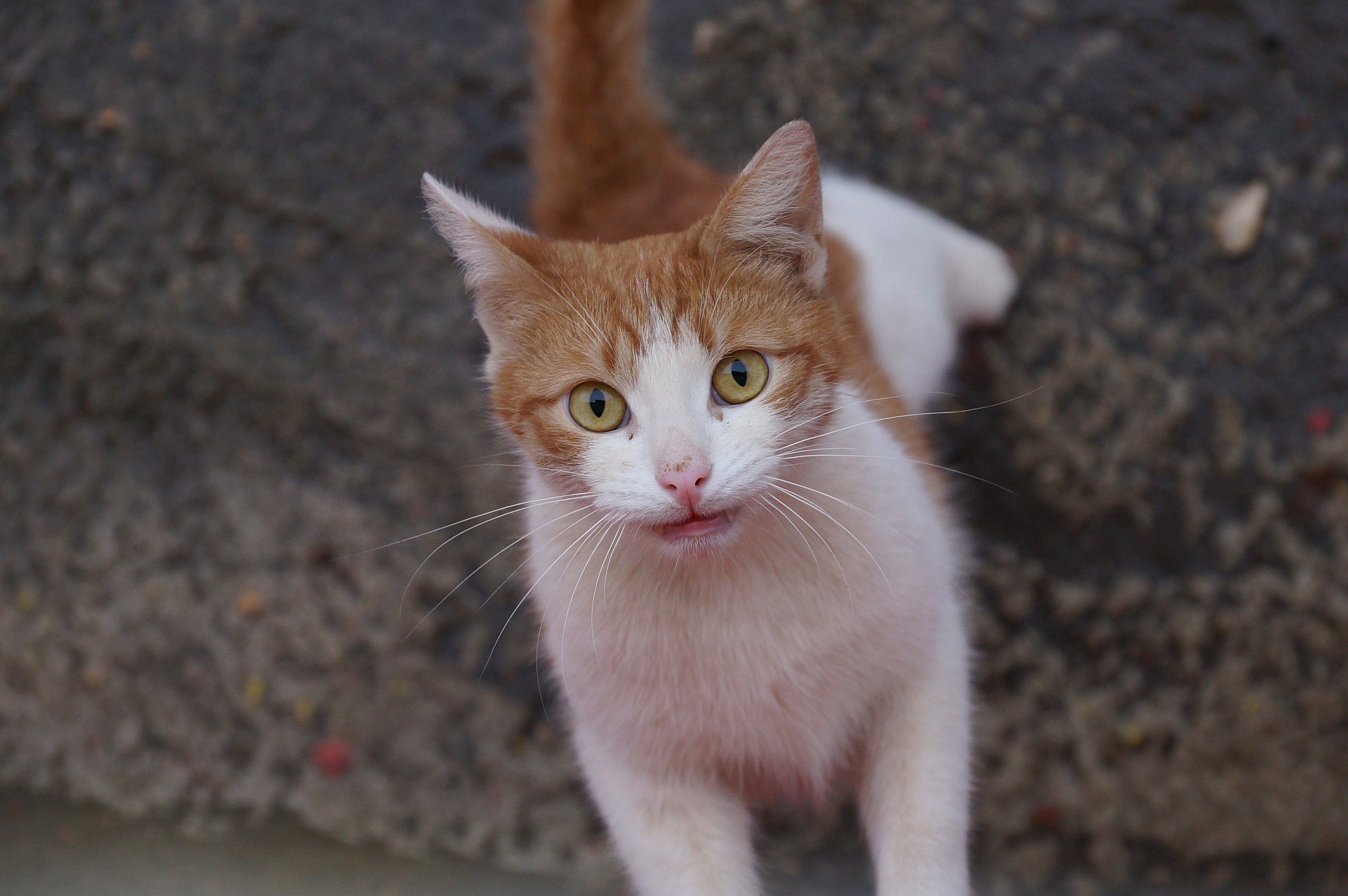 He appeared in our yard somewhere in December 2015 and lived beneath our windows for about four months. He was a bright, active and absolutely tame cat.
It seemed that he lost his home in the worst, coldest time here, so it was difficult for him to survive.

Moreover, he was a neutered cat so for a few months he had to resist attacks of local male cats.
Cats fight for their feeding territory so any new cat in the yard must to claim its right to live here, but it is especially difficult for neutered cats.
I personally saw how Mus’ka (which had already been spayed, had gained some weight and therefore had acquired significant “weight” in local politics) used to help this ginger cat by attacking his rivals and making them flee.
Eh, Mus’ka… Unfortunately, no one would help you to fight with your enemies one year later…

We worried for this cat because it was obvious that he is domesticated and should live in home.
He tried to attract any attention he could, he ran for all people in the yard.
We were afraid that eventually he get into some trouble with such behavior.

We couldn’t take him home but we made a few images and posted them on a local social network in hope to find an adoption for him. But nobody responded. 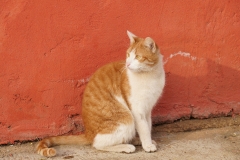 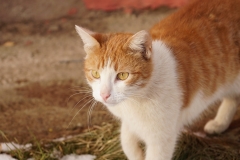 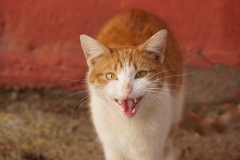 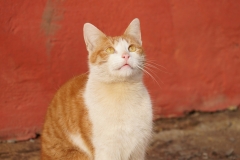 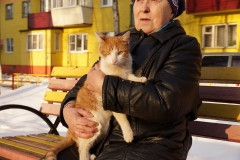 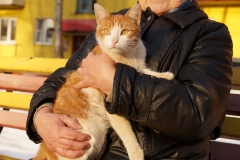 On these pictures (which was used for finding an adoption at first time) you also can see an old woman – Aunt Valya, which feeds cats in our yard. Our relationships with her sometimes are little difficult but anyway, she helps homeless cats to survive on the street and feeds them twice a day. She also tries to control cat’s population by the means which she is familiar with…
We are in contact with her for about 5 years now and you will see many images of cats on this blog, that are sitting in her hands.

For about three months this cat ran all over the yard.
It seemed he was very resilient cat. I have never seen him depressed. He always ran and looked for opportunities to get out of here.

I remember the day, December 31, it was very cold outside but this cat run beside our window alone. We couldn’t take him home, but tried to entertain him using mini laser projector…
He quickly ran for bright spots. Unfortunately, when we decided to record a video he had already become bored and ran away. But, I hope, this video will help you to get the idea 🙂

He tried to communicate with people, and, I think, even tried to tell about his hopeless life to Heaven. 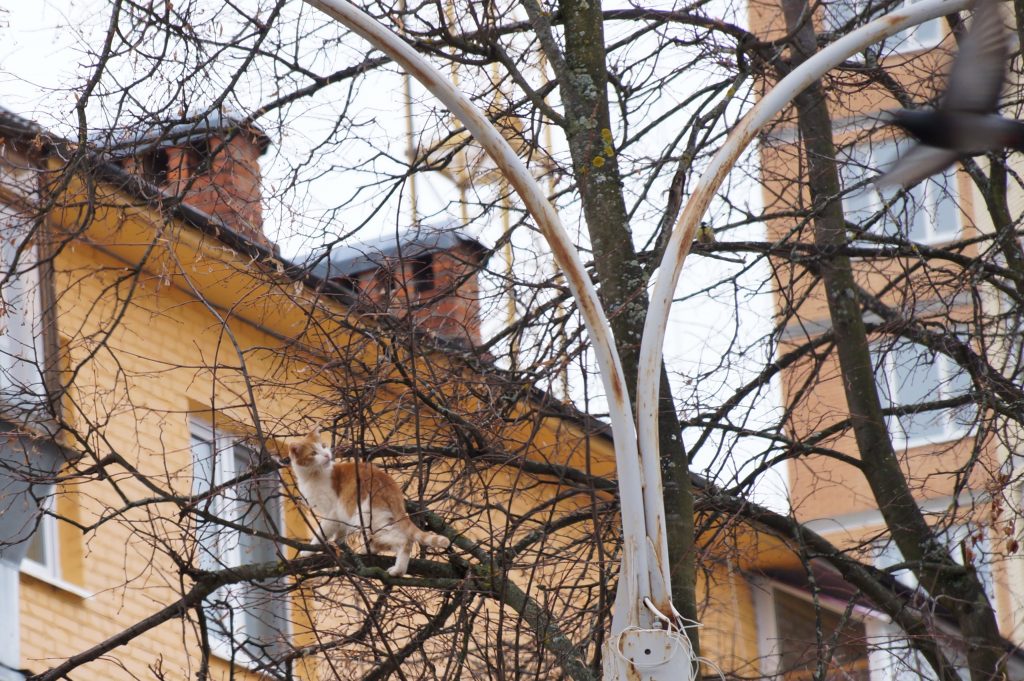 I personally don’t believe in god but I have to admit that this stunt on the tree was a crucial event in the life of this cat.
I made a few shots of this cat from my window and we posted them on a social network again. 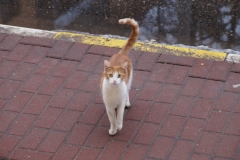 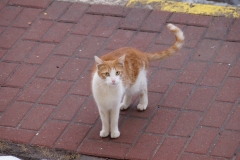 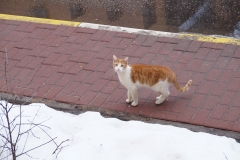 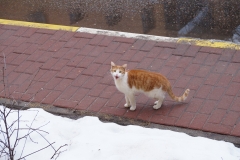 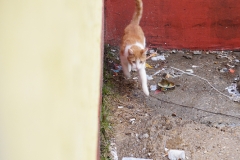 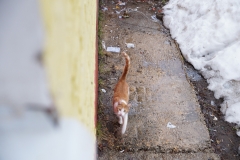 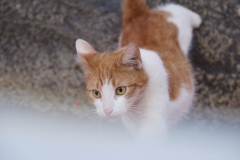 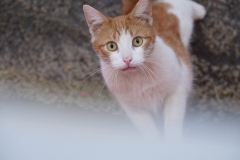 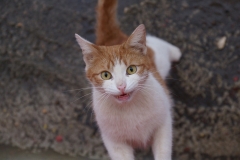 We couldn’t find an adoption but one young woman from Moscow proposed to take him for some time (while we are looking for adoption) for free into her flat.

Cat was transported to the Moscow and there he managed to win the heart of the mother of the mentioned above young woman 🙂
They have met occasionally and she found the cat interesting. She took him to her home and now, more than a year later it is obvious that they luckily found each other. The mom loves this cat because he is very tame, affectionate, agile and inventive. He has even learned to use human’s toilet for his needs.
The cat is also happy because he is loved in this family and he don’t need to suffer on the cold sidewalk and to eat pasta anymore. 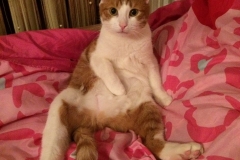 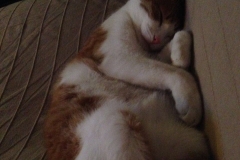 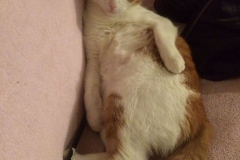 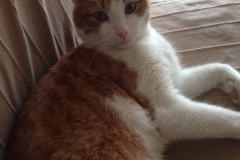 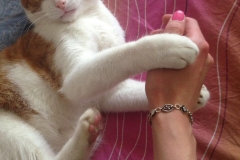 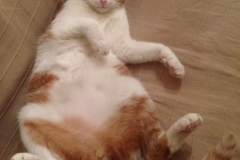 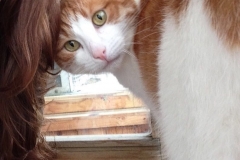 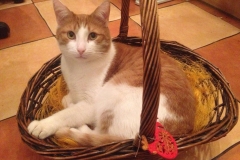 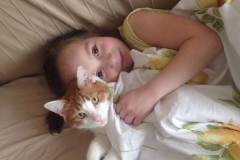 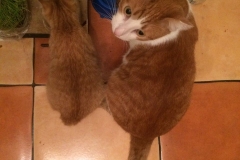