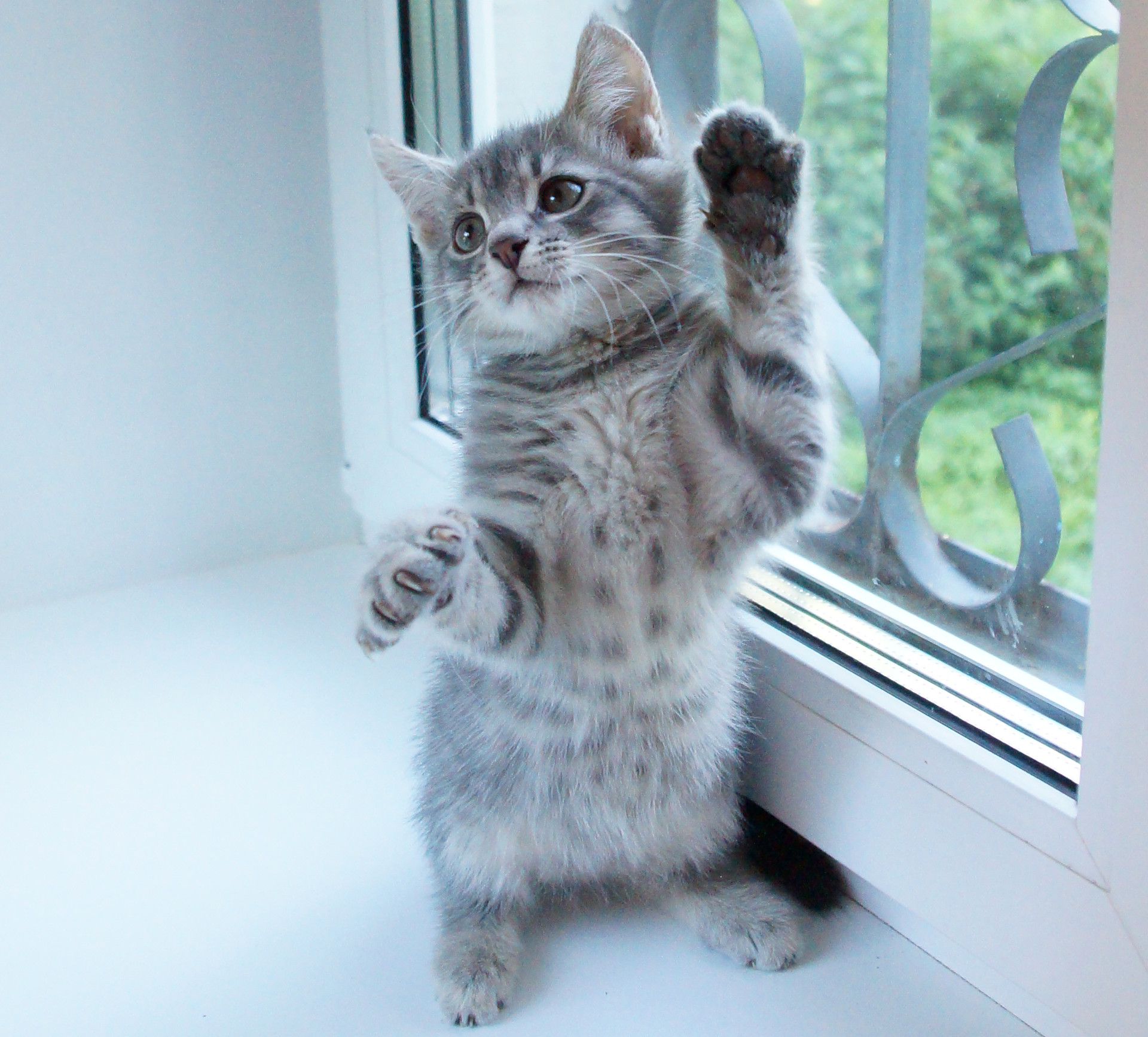 We called him Big Grey or Big Pusha. He is a brother of Pusha and Ryzik.
He was among the three kittens that we took to our home in the late spring of 2015, after their mother Mooska had led them out of the cellar. 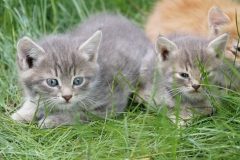 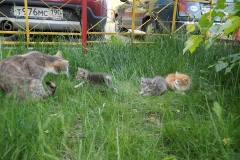 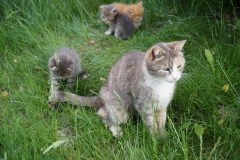 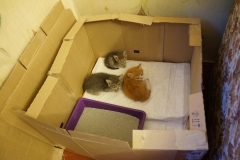 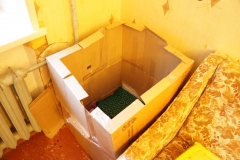 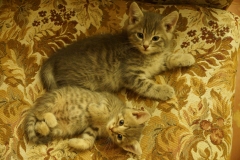 As I remember, when I was gathering those kittens into the bag (they didn’t resist), it seemed, Mooska had some kind of apologetic expression.
I think she didn’t object that we are taking them. Sometimes cats understand that they are unable to raise and protect their progeny in this chaos so they even bring their kittens to humans which have proven friendliness.

Big Grey was the largest and the strongest kitten of this trinity. He also was the healthiest one and this fact has played crucial role in his adoption.
He hissed at us all the time, impeded procedures and showed his activity in many other ways.
Once, when we was giving him an anthelmintic pill, he became so agitated that pooped my laps.

After Pusha and Big Grey had been treated from fleas and helminths we began to make PR photos. 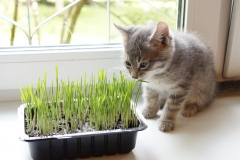 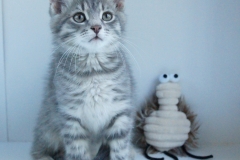 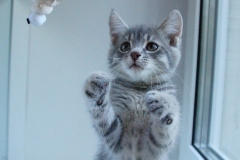 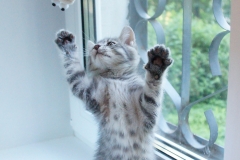 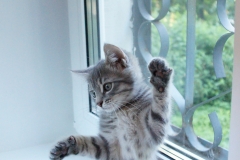 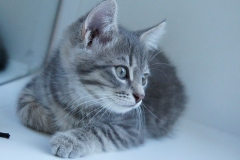 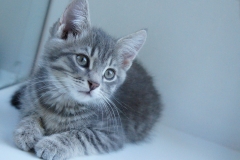 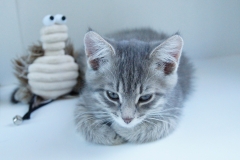 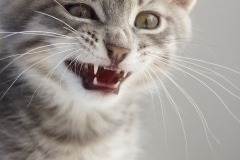 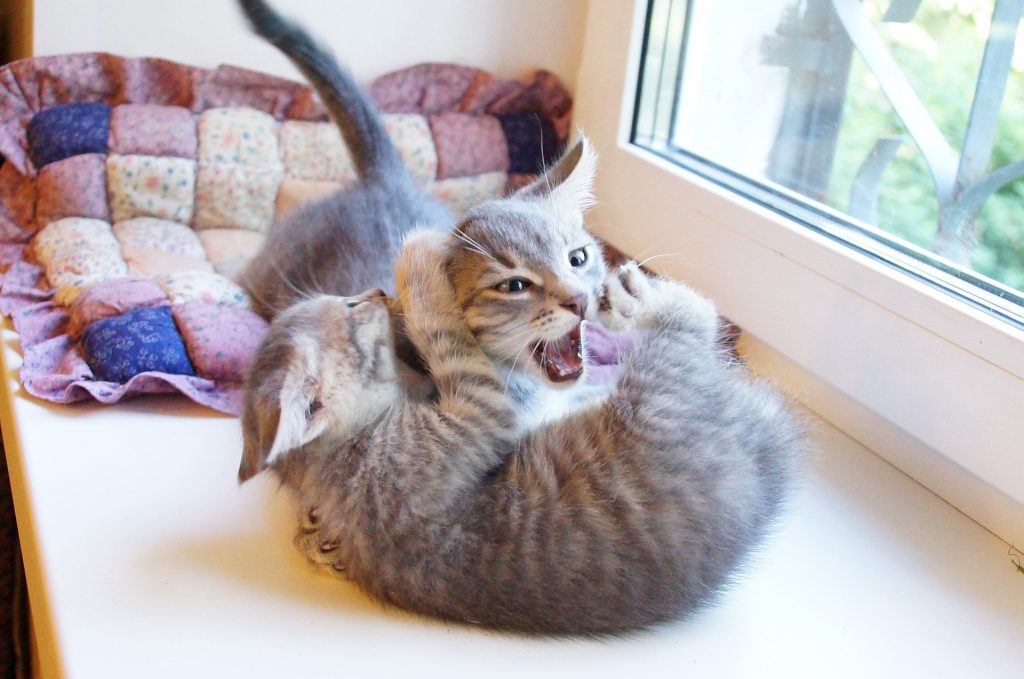 We’ve made only one photo session for Big Grey and he was swiftly adopted to the united family of two cats and two humans.
He has brought a plenty of life sensation into that family and bucked up two rather old cats one of which was completely blind. Since that time (end of summer 2015) these people stay in touch with us and send us many images of Big Gray’s life in the new home.
Unfortunately, they use some kind of old cellphones to make images or some old email software for mobile phones and therefore these images are very small in size.